MARRIAGE BELOW THE LEGAL AGE Marriage not Void

Whether a Hindu marriage governed by the provisions of the Hindu Marriage Act, 1955 where the parties to the marriage or either of them, are below their respective ages as set out in clause (iii) of section 5, is void ab initio?

A wife filed a complaint in the court of the First Class Judicial Magistrate against her husband and ten others, alleging that the husband had committed an offence punishable under section 494 of the Indian Penal Code and that the other ten were a party to it.

The husband’s defence was that at the time of the marriage, i.e., in 1959, he was 13 years of age and the complainant wife was nine years old and hence the marriage between them being void marriage and no marriage in the eye of the law, he had not committed any offence under section 494 by marrying another girl.

The Magistrate, however, held that the marriage was legal and an offence was committed by his marrying again and so convicted them. The convictions were confirmed in appeal, though with slight modifications. Against their convictions, the petitioners filed a revision in the High Court.

Panchireddi Appala Suramma v. Gadela Ganapatlu, AIR 1975 AP 193: (1975) 1 AP LeJ 37: ILR (1975) AP 105, was relied upon where the Division Bench had held that a marriage which is in contravention of clause (iii) of section 5 of the Hindu Marriage Act is void ab intio and is no marriage in the eye of law. Since it was felt that the view taken by the D.B. was not in accordance with the provisions of the Hindu Marriage Act the matter was referred to a larger Bench.

Thereafter, the matter came up before Chinnappa Reddy and Punnayya, JJ. and by their order dated March 22, 1976 they referred the matter to a Full Bench. Relevant provisions of the Hindu Marriage Act Child Marriage Restraint Act sections 494 and 495 of the Indian Penal Code and several cases were referred to

After a detailed analysis of the above, the court came to the conclusion that a marriage in contravention if the minimum age prescribed by the Ad was not a void marriage. Had the law makers intended that, they would not have inserted clause (iv) in sub-section (2) of section 13 which gives to a wife married before the attainment of the age of 15 years, an option to repudiate her marriage after attaining the age of 15 but before attaining the age of 18.

This clause clearly indicates the mind of the Legislature that the violation of clause (iii) of section 5 would not render the marriage either void or voidable but give an option to the girl to repudiate the marriage if solemnized before the age of 15. Also if each of the clause in section 5 were to be treated as a condition precedent, the violation of which would render the marriage void ab initio, the Legislature itself would not have given out its mind by providing for contravention of the different clauses of section 5 differently.

“It is well-settled principle of the law relating to marriages that the court should lean against the interpretation of any provision of law which is liable to render innocent children of the marriage as bastards.”

The Court clearly ruled that a marriage where the parties or any one of the parties is under the minimum prescribed age, is legal marriage. The only consequence of such marriage is that the persons concerned are liable to punishment under section 18, and under clause (iv) of sub-section (2) of section 13 an option to repudiate the marriage has been given to the wife. The appeal against conviction was accordingly, dismissed as the husband had committed an offence under section 494 of I.P.C.

The judgment seeks to protect the interests of children who would otherwise be rendered illegitimate if the under-age marriage is to be treated as void ab initio. However, it is over a quarter century since the judgment and a time has come to give serious thought to ban child marriages altogether.

It is significant to note that the Prohibition of Child Marriage Act, 2006, vide section 3 provides that a child marriage shall be voidable at the option of the contracting party who was a child at the time of marriage; marriage of a minor is void under section 12 of the Act if deceit or forceful means are used or if a minor is sold for purpose of marriage. 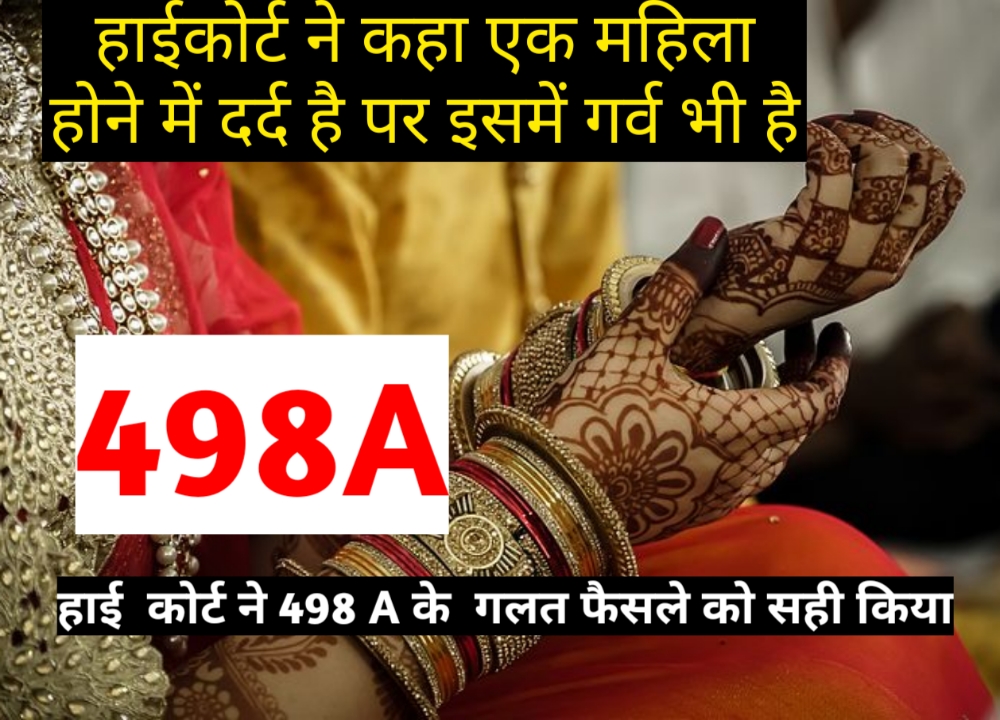