Hindi Religion History and Origin:- In the course of over five thousand years of its existence, Hindu religion has passed through many phases : from time to time dissentions, new ideas and thoughts and practices have come into existence, sometimes diametrically opposite to each other. The remarkable feature of Hindu religion has been that it has been able to absorb all thoughts, ideas, dissentions, practices and professions in its fold and retained its basic unity.

The fundamental ideal before a Hindu has always been the achievement of the ultimate goal, the realization Of the self. The self may be realized by believing in the unity of God or by worshipping numerous gods and goddesses. It may be realised by following the bhakti marg jnan marg or karma marg. It may be realised

We can here mention some as illustrative cases. (Hindi Religion History and Origin:-)

Of these, Section 2(l)(a), Hindu Marriage Act, 1955 mentions two : virashaivas and lingayals. Both pay homage to Lord Shiva; they deny the supremacy of Brahamans and validity of caste distinctions. The main difference between the two is that the aversion of lingayats to the godhead, of Vishnu is not so intense as that of virshavaives. Apart from these, there are many other sects, more or less as pronounced as these, like tantriks, worshippers of Sakti, worshippers of Vishnu and in various incarnations.

Some have professed to purify Hindu religion and some have claimed to enrich it. Prominent among the modern developments are Brahmos, Arya Samajists, Radhasoamis, Satsangis and Syamariyathais.

Jainism rejects the authority of the Vedas and discards all ceremonies and rituals. Jainis does not believe in the existence of God. Sikhs are dissenters from Hinduism. According to the first Guru Shri Guru Nanak Devji, God is one.

Sikhism discards all forms of Hindu worship and class distinctions. The tenets of Sikhism are essentially theistic, viz., God is one the omnipresent, the omnipotent and omniscient; everyone should worship only one God, instead of numberless-gods and goddesses, and should earn his living with his own labour and skill.

Buddhism is an extreme religion which preaches practically a total negation of life. It has been an established view that the Buddhists are governed by Hindu law as modified by custom prevalent and recognized among them. The codified Hindu law applies to them just as it applies to any other Hindu.

In sum, if nucleus of Hinduness is established, a person is a Hindu, unless it is shown that he had converted to a non-Hindu religion.

In other words, any person who is a Hindu, Jain, Buddhist, or Sikh by religion is a Hindu if :

(i) He practices, professes or follows any of these religions, and

(ii) He remains a Hindu even if he does not practice prof;s or follows the tenets of anyone of these religions.

A convert is a person who renounces his faith and adopts another. The usual way of conversion is by undergoing the ceremonies of a conversion prescribed by the religion to which the conversion is sought. Under Hindu law, a person does not lose his faith by mere renunciation of it; nor does he belong to another faith by merely professing it or practicing it.

A non-Hindu becomes a Hindu if he undergoes the ceremonies of conversion.

It is not necessary that he reconverts to the same religion from which he converted to the non-Hindu religion. Thus, a Jain who converted to Islam will be a Hindu if he converts to Sikhism. However, technically, this is not a case of re-conversion but of double conversion. In a case where a person belonging to a scheduled caste who had converted to Christianity, reconverts to Hinduism, he and his children will belong to the former scheduled caste only if the members of that caste admit him to their fold.

For re-conversion to Hinduism, no particular ceremony any expiatory rite is necessary’ unless the practice of caste makes it mandatory. 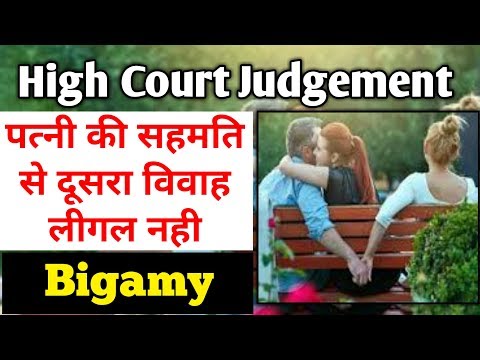